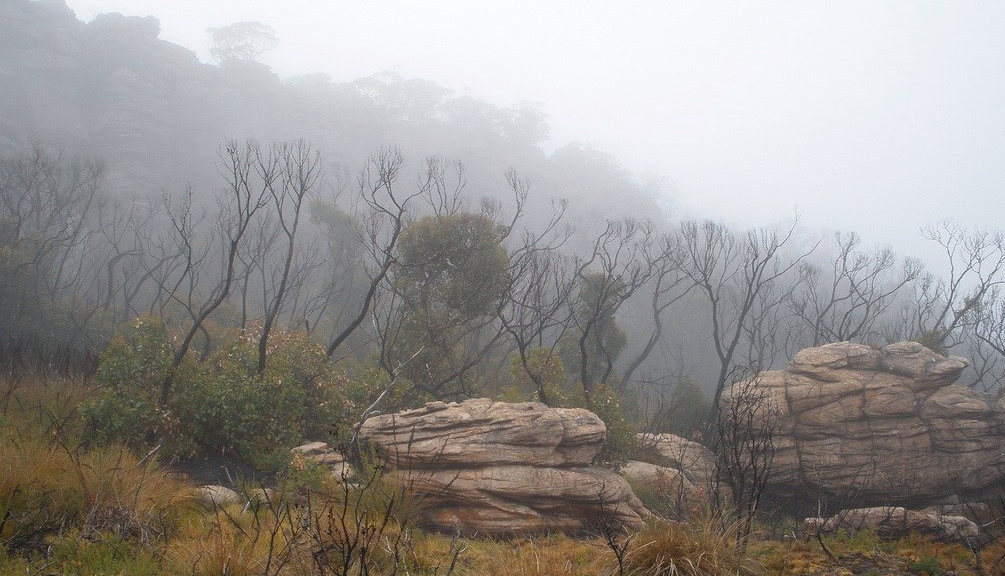 Biodiversity models are a way to understand and predict the spatial distribution of taxa across the landscape. By far the most prominent of these models are Species Distribution Models (SDMs), which have served the dual purpose of providing scientific insight across fields of ecological research (e.g. community ecology, macro-ecology, biogeography) as well as being a go-to tool for predicting climate change impacts on species and other conservation applications.

The problem? Most SDMs overlook processes considered to be fundamental in ecology (e.g. species interactions, evolutionary history, dispersal constraints.. basically anything other than climate). This can lead to misleading or wrong predictions of biodiversity change and loss.

There is now a new generation of biodiversity models that are beginning to address these issues. We work to test and improve these models. 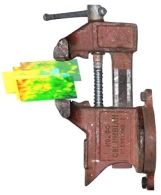 A key innovation in distribution modelling is to model multiple species simultaneously while accounting for their correlated occurrence (when they co-occur together and when they don’t, and how that relates to their position in the environment).

They allow us to better understand why species co-occur. Is it the environment? Is it something else (e.g. species interactions)? They also have potential for improving predictions of biodiversity loss. Read more about some statistical advantages here, here, and here.

See more explanation on JSDMs here.  JSDM methods are rapidly evolving and have even been called the ‘Wild West of ecological statistics’. 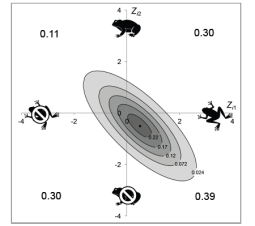 We are currently focused on matching the hopes and dreams of JSDMs with what they can actually do with collaborators from QAECO and LECA.

What type of species interactions could be expect to detect with JSDMs? Mutualism, predation, competition? To answer this, we are testing JSDMs from multiple angles with real and simulated datasets of competition and food webs.

One way to both test the link between the species and environment and (potentially) improve SDM predictions is to account for the effect of functional traits. If species are predicted to occur in a certain environment and the traits explain that link, then there is better evidence that that both trait and the environmental variable have a fundamental role.

We have an long-term project to understand trait-environment links for the Eucalypts in Australia with Pete Vesk, Will Morris, Karel Mokany and others. We are expanding our work in SW Victoria to all of southeastern Australia, which involves combining two massive, high-quality datasets, hard-core fieldwork collecting traits for all species, and some fancy models. More to come..

And, this methods works for invasive species also..

The geography of species interactions

We are about to start a BiodivERsA project ‘FutureWebs’ with Wilfried Thuiller and a fantastic group of leading scientists from North America and Europe.

Conservation of biodiversity (in all its complexity)

Only a small fraction of the total biodiversity on the planet is considered in conservation planning and practice. While there are many good reasons for protecting highly threatened and visible species, at the same time, it’s important to consider a broader view of biodiversity beyond these important species to identify potential taxa, clades or functions that are missing from current conservation efforts. We now have an unprecedented opportunity for such an assessment given the ever-accumulating biodiversity data and findings from macro-ecological/biogeography research.

So far, we have a way to link phylogenies to Species Distribution Models (SDMs) and methods for integrating links between species (e.g. phylogenetic and functional diversity) into spatial conservation prioritisation.

We are also working on how to represent complex biodiversity in a way that is simple and useable in conservation planning. We are beginning to address issues such as conservation targets (Rosauer et al. 2017).

How much biodiversity could we gain by expanding protected areas?  A lot. For birds and mammals globally, we could triple the diversity protected by expanding reserves by 5%.